branded and rebranded: my time has come 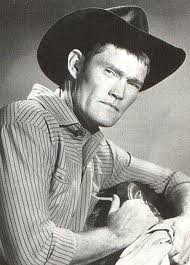 He knew he was a man, but had the wrong brand

It’s time I rebranded myself. I’ve been the same brand for 35 years, and it’s not a very interesting one: Plain White Reporter Guy. There’s nothing wrong with that brand, but it doesn’t sell me at all. Many thousands of plain white reporter guys already are on the market. What do I have to offer that they don’t?
The truth is, all these years I didn’t even know I had a brand. I thought I was just living, working, raising a family, that sort of thing. It never occurred to me that I was a commodity, and a valuable one at that. I could do many things well. I had skills, experience and learned quickly. There was a lot to recommend me. But I just trudged along, living day by day, as if that were all there was to life.
Luckily, I finally woke up, shortly after my job went away. What is your brand? my friends started asking. What is your skill set? What do you have to offer the increasingly global marketplace? Just who are you, anyway?
It took me awhile to accept the idea that I needed to be branded. I associated the very concept of branding with the old TV show, which was actually called “Branded.” It starred Chuck Connors, who had been unjustly branded a coward by the Army and spent two seasons wandering around trying to prove his critics wrong. “What do you do when you’re branded, and you know you’re a man?” the theme song asked. Today, you would rebrand yourself.
One of “Branded”’s guest stars was Delores del Rio, a silent movie siren, Latin lover and Mexican vixen. She had a very strong brand.
So anyhow, once I realized I had a brand, I knew I needed a new one. Although at first I thought I might just repurpose myself: take my skill set and apply it to something else. Being a reporter entails many useful skills, such as quick thinking, sloppy handwriting and the ability to ask a lot of questions. I can see these being valuable for some other line of work – say, being a family doctor, a psychologist, or a Department of Social Services intake worker. Give the right set of circumstances, I could even be a magician.
But no, rebranding is the way to go. It’s a necessary transformation for re-entering the job market at midlife, especially when you didn’t foresee leaving the job market to begin with. Repurposing is just like putting on different clothes, whereas rebranding is putting on completely new underwear, changing aftershave and altering your personality.
The question is: What should my new brand be? What should it look, taste, feel and sound like? Should it be a sexy brand or a distinguished brand? An aggressive brand or a mellow brand? A brand that says, “This guy will go to the mat for you 24/7”? Or a brand that says, “This guy doesn’t need you, but maybe you need him”?
How does one build a new brand, anyway? Does one look at many other brands, identify their defining qualities and then incorporate many of those fine qualities into a distinctively personal whole new brand?
If so, I would start with the brand of Founders beer. Founders beer offers the best of both worlds: microbrewed in Grand Rapids, Michigan, yet available across much of America. Reliably delicious yet unmistakably distinctive. Diverse varieties such as “Red’s Rye,” “Dirty Bastard” and “Devil Dancer,” yet all sharing that familiar Founders after-taste. Actually, that’s the best of about six worlds. I would like all those qualities in my brand: diverse, distinctive, good aftertaste.
I would also like to import some of the Tim Hortons brand. Tim Hortons offers delicious coffee without the snooty attitude of Starbucks, as if coffee were some sort of social good. It’s just coffee, for cripe’s sake. Plus, Tim Hortons has really good pastries but doesn’t hit you over the head with them like Dunkin’ Donuts. And, Tim Hortons is Canadian, giving it an automatically nice quality, it’s named after a heroic hockey star, and you don’t run into one every time you turn around. You’ll be driving down the turnpike and suddenly exclaim, “Hey look, they’ve got a Tim Hortons!” I would like my brand to generate that same kind of delighted excitement.
Finally, I want to build my brand largely around the brand of my cat, Abbey. Abbey embodies many qualities worth emulating. These include serenity of outlook, consistency of schedule and a subtle sense of superiority that, when pushed, can result in hissing. Also, the ability to look out the window for long periods of time. I am barely worthy to tie the shoes of Abbey’s brand, but I would like to repurpose part of her brand to help build my brand.
Beyond that, I’m open to suggestion. Rebranding oneself is no small matter, and I intend to take my time with it. To be perfectly frank, I’m not all that anxious to get started. Because what if I choose the wrong brand? I’ll have to spend years trying to prove my critics wrong.

8 Responses to branded and rebranded: my time has come